Source To Sea And Back With The Plastic Soup Surfer 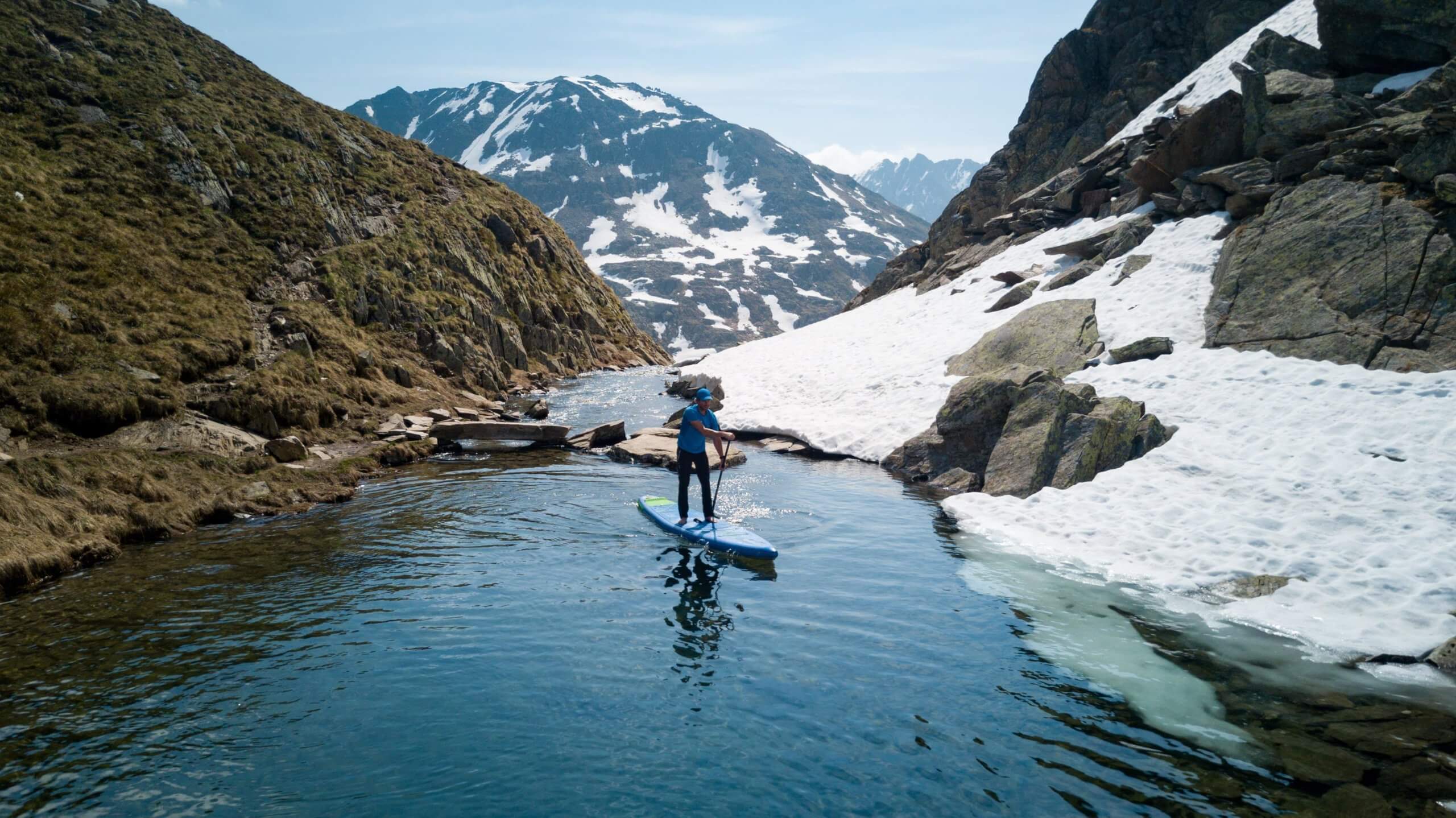 Three years ago the Plastic Soup Surfer, Starboard Ocean Ambassador Merijn Tinga, hiked to a small lake high up in the Alps. He must have been a strange sight, ploughing through the snow with a paddle in one hand and an inflatable stand-up paddleboard on his back. Despite hiking in the heat of summer he found the lake frozen over except for a swimming pool-sized clearing. It was here, at the source of the river Rhine, that he would begin his 1200km expedition from Source to Sea.

The Source to Sea expedition was more than just a Gimmick, it had a serious goal in mind. To confront the CEO’s of soda companies and large supermarket chains about their plastic packaging found in the river Rhine.

To attract attention to the expedition, Merijn wanted to build a Starboard ‘Touring’ SUP with a difference. So he created his Plastic Soup SUP from littered plastic bottles and caps collected from the Rhine. Making his paddle down the river representative of all the plastic waste floating down the Rhine with him.

After 4 long weeks of paddling Merijn had made it from Source to Sea, but this wasn’t the end. From here he began a new journey upstream, this time towards the source of the plastic litter. This meant using a bailiff to knock on the boardroom doors of big conglomerates, soda companies and supermarkets to hold CEO’s accountable for their company’s plastic waste and to stop them opposing important bottle deposit legislation.

Three years on from the Source to Sea expedition and this journey has finally come to an end. This spring, after years of fighting against companies and politicians, a historical decision has been announced. From 2021 the Netherlands will implement bottle deposits on small plastic bottles, proven to reduce plastic littering by 60%-70%.

‘From Source to Sea’ is just one of many amazing expeditions that Merijn has embarked on. Most recently he has been paddling and windsurfing 600km along the rivers, lakes and waterways of the Netherlands. A new adventure where he is once again seeking to change the minds of politicians and multinationals about plastic pollution. You can find the Source to Sea expedition documentary on the Plastic Soup Surfer’s youtube channel. Updates on all his recent expeditions can also be found at https://plasticsoupsurfer.org/.