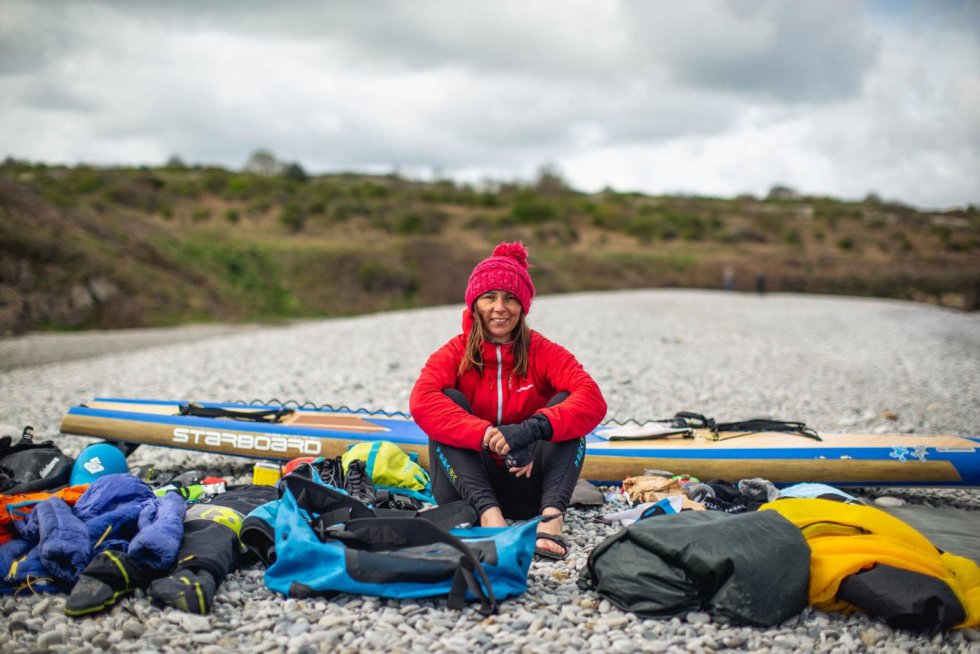 On Friday 4th May 2018 Sian became the first person to complete a solo-unsupported 1000km circumnavigation of Wales by Stand Up Paddleboard (SUP).
Starting in March at the Welsh community of Connahs Quay, Sian’s route took her down the River Dee into Chester, along the Shropshire Union Canal, Llangollen Canal and onto the Montgomery Canal.

After a 4km road portage with her Starboard Touring board, she entered the River Vyrnwy and onto the River Severn, Gloucester & Sharpness Canal before making her way out into the Severn Estuary. From there she paddled around the complex and rugged coastline of Wales passing her home on Anglesey to finish back at Connah’s Quay on 4th May, a journey of 60 days. Here, the media, friends and all those she inspired were waiting.

Whilst this was a significant personal challenge, Sian’s inspiration was also to raise awareness for single-use plastics in our waterways and oceans. Sian completed her entire journey without using any single-use plastics and along the way, collected considerable amounts of plastic found in the canals, rivers and ocean. Sian inspired those she met to make a pledge to use alternatives to single-use plastics.

During the journey, Sian raised close to £2000 for Surfers Against Sewage, North Wales Wildlife Trust and RNLI. A film of the journey is due to be released later this year.