You are here:
Clean-Ups 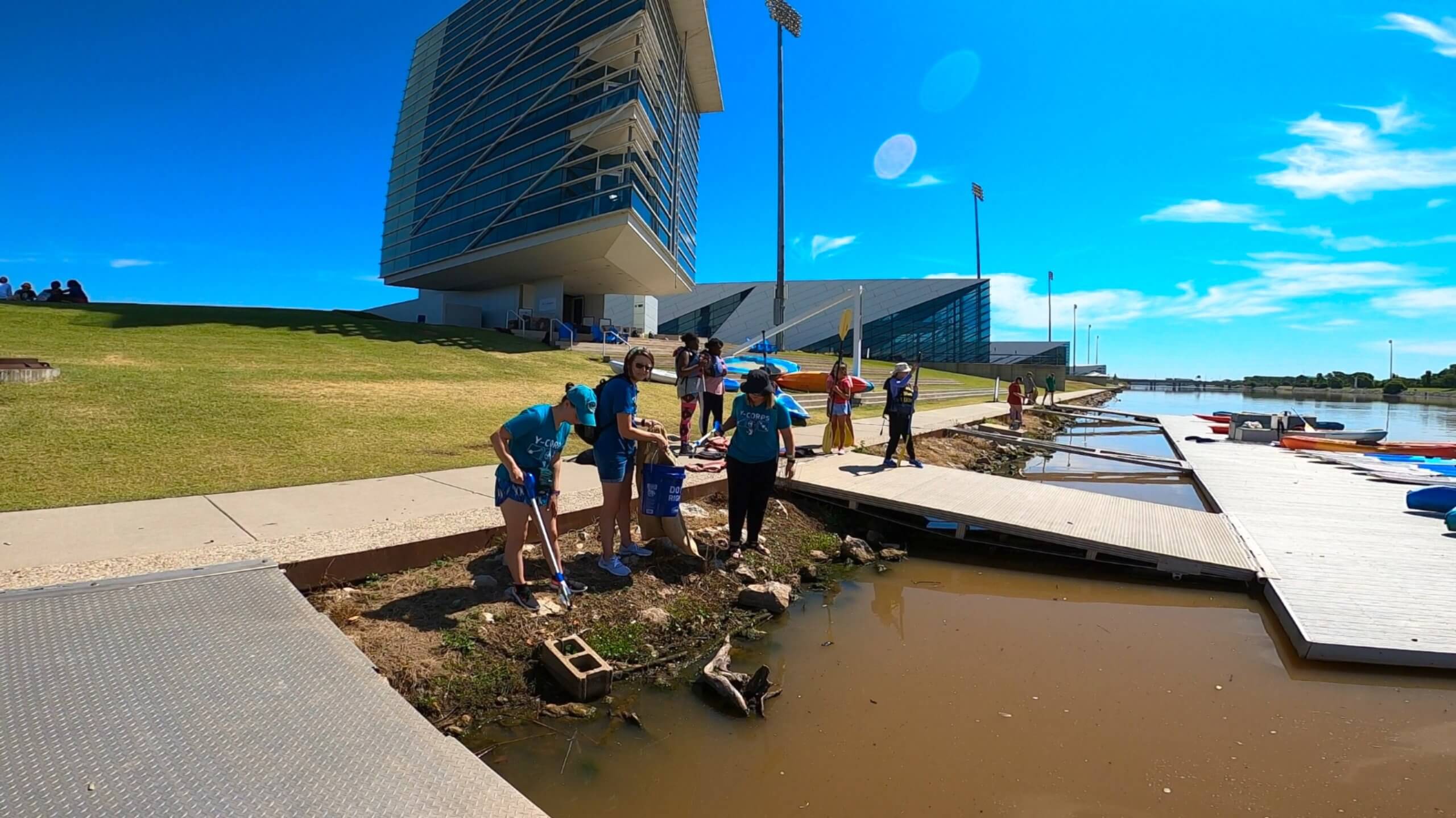 We must all protect the natural resources we enjoy outdoors.

Ocean Ambassador Brent Allen has launched the “River Protectors” initiative to act as a puzzle piece to help solve the issue of litter and debris in the Oklahoma River.

Let’s start with some quick facts and figures from the Oklahoma Department of Transportation:

Riversport has launched a new collaborative initiative focused on solving the problem of litter and debris along the Oklahoma River.

“The Oklahoma River is an amazing recreational gem for Oklahoma City,” said Mike Knopp, RIVERSPORT executive director. “Unfortunately, every time it rains, we are dealing with the trash that gets washed down from upstream. If trash is thrown out a car window or dropped on the ground, it often ends up in a river. Every urban waterway deals with this issue, and we want to be part of the global movement to put an end to it”

Riversport is partnering with OKC Beautiful to complete a series of clean-up events over the next few weeks and is inviting volunteers to join the effort.

“We are looking for either individuals or groups to help pick up and catalogue the trash along the river.” Riversport Lifestyle Manager Brent Allen who is leading the project states.

Whilst the North Canadian River travels from Colorado through New Mexico into the Texas Panhandle and on to what eventually becomes the Oklahoma River. Brent explains: “When it rains, trash from upstream is washed down and gets trapped here along our docks, We can do temporary cleanups, but we really need to create that cultural shift that drives lasting change. As consumers, we have to get away from Styrofoam and single-use plastics or it will be like Groundhog Day – the trash will keep coming and we’ll be doing the same thing over and over.”

A unique feature of RIVERSPORT’s new River Protector initiative is the idea of cataloguing the trash to define the scope and source of the problem.

Using the free Litterati app (available for Android and OS), Allen and his volunteers have retrieved and catalogued over 15,000 pieces of trash over the past six weeks. The two most common forms of trash found in the river are single-use plastics such as water and soda bottles, and Styrofoam cups, plates, and to-go containers.

“The Litterati app allows us to photograph and tag trash with a GPS locator so we can work on data-driven solutions. We have to move away from these single-use items that once created, are on this planet forever. In the short term, they are killing fish, birds and sea creatures. Long term, plastic breaks down into smaller pieces with micro-plastics making their way into our oceans and our bodies. As Styrofoam degrades, it releases toxic chemicals.” Allen said.

It doesn’t have to be this way. We can have the convenience, but replace plastic and Styrofoam with products that are biodegradable or compostable,” Allen points out. “Today we have lots of options.”

“We need volunteers to help pick up the trash, but we also need people to ask their restaurants and retailers to offer more eco-friendly alternatives than Styrofoam and plastic,” Allen said. “We understand it’s a process. RIVERSPORT is working to get there just like everyone else. It’s a journey that begins with that first step.”

Litter pick-up supplies including grabbers, buckets, nets for smaller items, biohazard containers, and coffee bean bags (rather than plastic bags) are provided via donations from Lowes and Eôte’ Coffee.

Groups interested in participating in a planned clean-up event can contact OKC Beautiful at (405) 525-8822 to learn more. Individuals can participate using the Litterati app.