You are here:
CampaignsPlastic Offset Program 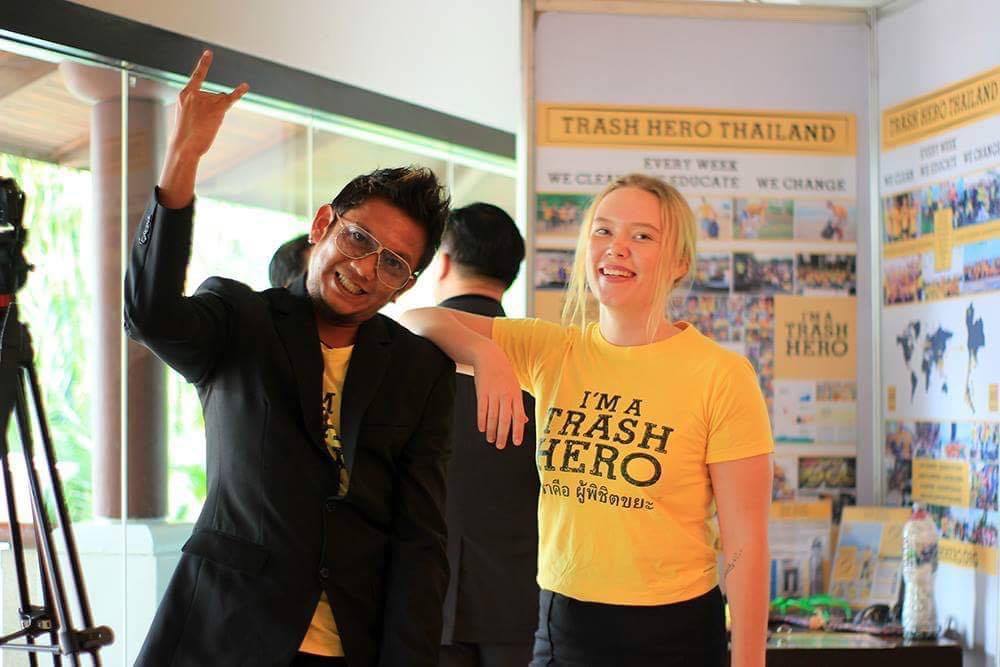 Starboard acknowledges its negative impact on the planet. As our Plastic Disclosure Project report shows; most of our production is plastic, and we surely have a role in the plastic industry. However, we want to use our business for good. In addition to clean up initiatives, eco boards and carbon net positive engagements, Starboard has lately has taken part in several efforts to step up the war on plastic, as it is one of the greatest offenders amongst marine litter. A large part of our focus is on plastic pollution regulations, particularly in South East Asia, our head quarter’s base, where we believe the implementation of bans and taxes will make the most instant impact.

Last year Starboard joined the United Nations Environmental Program on World Ocean Day in New York, together with our partner Parley. This was followed up with visits to the United Nation HQ in Asia, which led to Starboard presenting our efforts to reduce our plastic impact at the Association of Southeast Asian Nations (ASEAN) Conference on Reducing Marine Debris in the ASEAN Region on the 22nd and 23rd of November in Phuket, Thailand.
Ignorance causes more than 8 million tonnes of land based plastic entering our oceans every year, most of which is single-use plastic items. This number will continue to increase drastically if we don’t do something to stop our unnecessary dependence on disposable plastics.
With participants like UNEP, IUCN, EU, Coca-Cola, C.P. Group, several embassy and foreign ministry representatives from outside the Southeast Asian region, and of course delegates from ASEAN member states, it was a diverse group of agents from the private sector, non-profit organizations and the government.

Starboard’s green affiliate, Trash Hero presented on the behalf of Southeast Asia’s non-governmental, non-profit sector. As Starboard helps run the Trash Hero Bangkok chapter – we had the honor of giving the presentation, speaking about Trash Hero’s amazing work – such as trash clean-ups, awareness programs and educational outreach. It was great to be able to spread Trash Hero’s positive spirit by raising awareness to the problem through encouraging stories rather than scary statistics and gloomy narratives.
Starboard also took part in a discussion session hosted by UNEP that used constructive exchange between the private sector, non-profit organisations and governmental institutions to find solutions for marine debris.

During this session Starboard displayed one corporate solution – our newly released Plastic Offset Program – POP. There was a consensus among the private sector representatives that it is important to take responsibility for our role in the plastic industry and to have in-house corporate solutions, like Starboard’s POP, until we can get legislative resolutions passed on a governmental level.
Legislative solutions are, without doubt, a vital aspect of creating real change. That is why Starboard got together with other like-minded conference participants, eager to see a concrete proposition be formed.

Together we crafted a proposal for a 2 baht fee on single-use plastic bags in the region and sent the resolution to ASEAN – asking them to include their official support on it in the conference’s outcome statement. When no one addressed this motion at the closing ceremony, one of Starboard’s residential tree-huggers, Frida Ongre, stood up for the oceans during the closing statement, urging ASEAN and all shareholders to back up this tax proposal.
[one_half]

[/one_half]
[one_half_last padding=”0 0 0 30px”]
Political infrastructures often move slow, which is why we felt it was urgent to propose instant action like a tax on single-use plastic bag. The support on this motion by several conference participants, proved that many are eager to see a legislation come in place right now. Seeing people come together and advocate for real change was the the highlight of the conference as acceleration is needed.

The oceans are Starboard’s business and we look forward to continue our work to reducing the use of more single-use plastic items. Hungry for a revolution in the plastic industry, we ask everyone – why can we not just ban many of the single use plastic items?[/one_half_last]