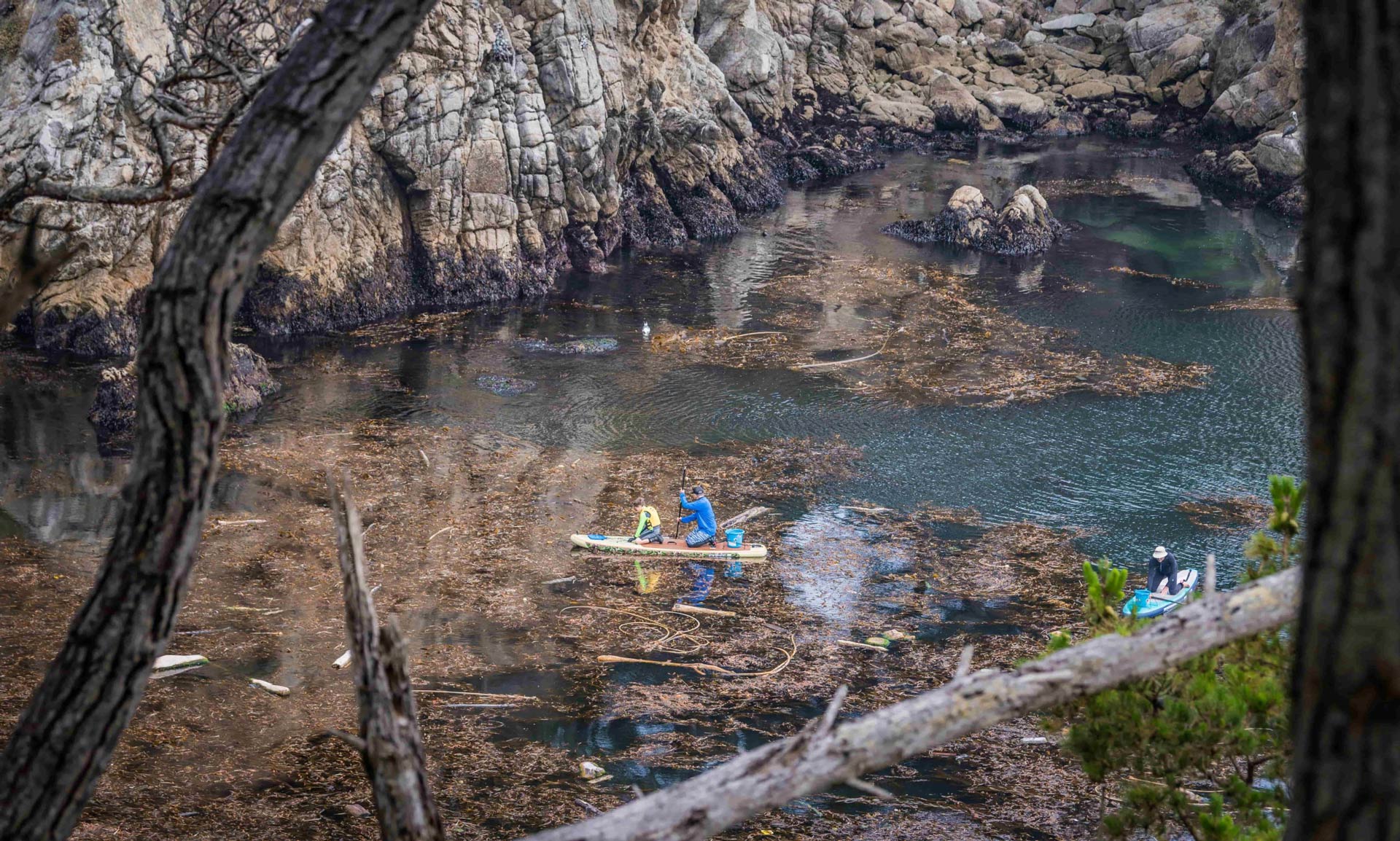 In The Beginning There Was Plastic

“I set up a meeting with a couple of friends, James DeLeon and Shawn Adams, to create a sticker to hand out to coastal communities surrounding Monterey Bay. JD did the art, Shawn printed the stickers, and I began handing them out at local surf breaks. Each time talking with folks about the issue of single-use plastics in Monterey and Carmel bay.”

In the years that followed Brent hosted and promoted local ocean clean-ups on stand up paddle boards. Collecting plastic waste from the kelp beds, local rivers and sloughs connected to Monterey Bay. Every action purposefully carried out in collaboration with local businesses and agencies.

The Arrival Of Cruise Pollution In Monterey

In 2017 the level of ocean pollution in Monterey Bay took a turn for the worse. This was due to the growing number of cruise ships coming into the bay and anchoring off of Monterey. The local community were astounded, how this was possible? Monterey Bay was supposedly part of a National Marine Sanctuary with multiple layers of marine protection.

So, in response to this new threat, Brent and his local team went to work uncovering the layers of institutions involved in the protection of Monterey Bay. A long list of agencies, municipalities, state and federal groups, air and water quality standards, underwater noise pollution, whale strikes, the US coast guard, bar pilots, harbour masters, NOAA, The City of Monterey. Of all of these world-class marine science institutions and non-profits, none were willing to address the ‘elephant’ in Monterey Bay.

The Power of Local Action

In 2018, because of this lack of action, a group of local business owners and ocean advocates to come together to protect the Bay. This included speaking at city council and MBNMS advisory council meetings, creating petitions, hosting paddle out protests and even creating a documentary on the issue.

Now we roll into 2020, and as a result of years of hard work the documentary has had its first screening and Protect Monterey Bay is an official 501 (c)(3).

Protect Monterey Bay is based on mentoring youth to have a voice in protecting our oceans. And since all 4 founding board members are under the age of 15, they know age doesn’t limit impact. This new community of ocean advocates want to learn from the indigenous wisdom of stewardship. Taking inspiration from it so they can re-write new, relevant protections for some of our most dynamic ocean ecosystems.

Find out more about Protect Monterey Bay by following their fight on Facebook.

#ChasingPellets: In Pursuit of Plastic Pellets in the Mediterranean
Sep 13, 2021