Press Release: Stand Up For Our Seas 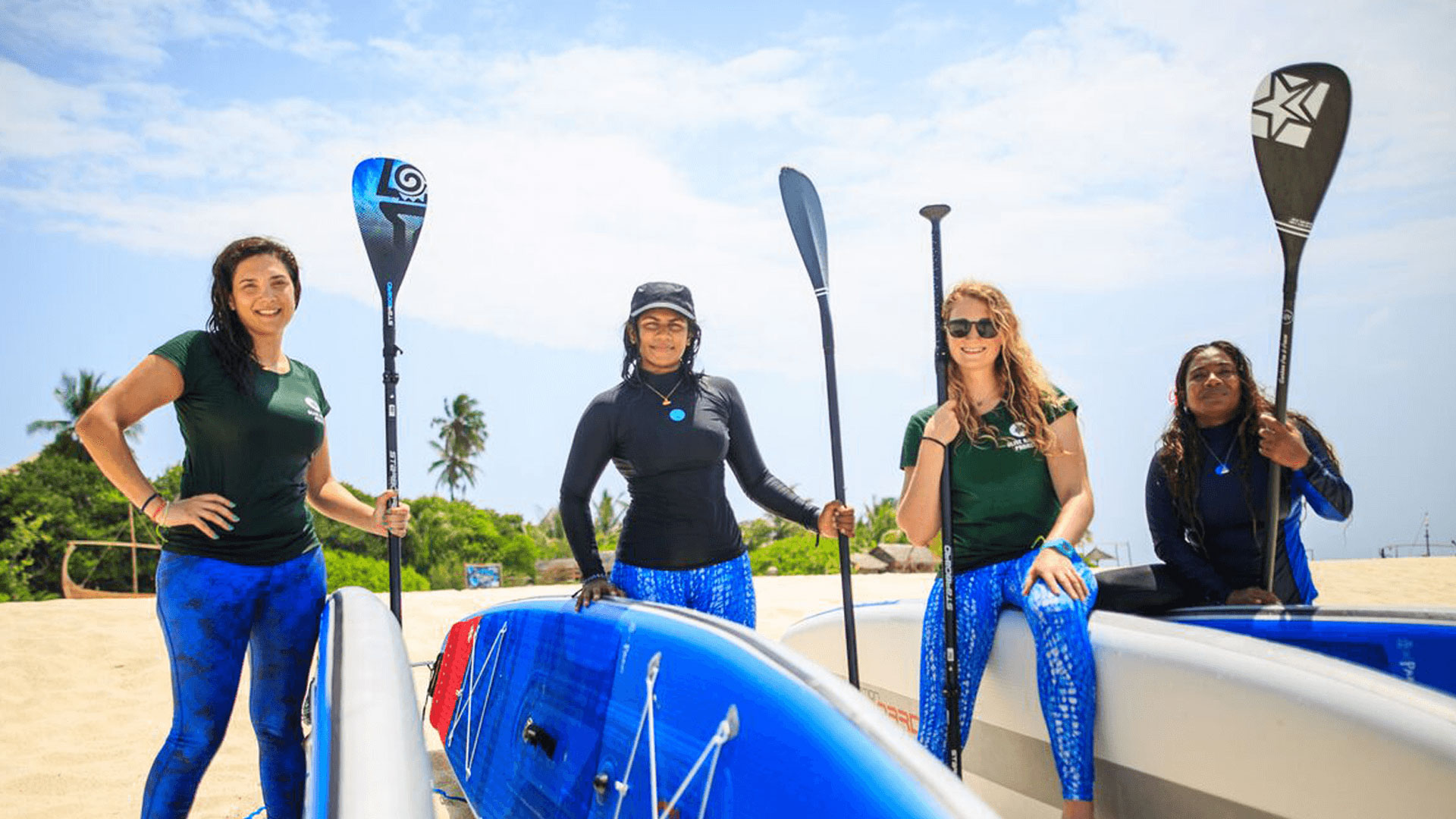 In 2019, Ocean Ambassador Cal Major joined a team of ocean advocates in the Maldives for their Stand Up For Our Seas expedition. Their aim was to inspire, clean up, and investigate. This May they released their documentary about the experience. Read below for their full press release and for a link to their full-length film.

Stand Up For Our Seas film release – ocean plastic, ghost gear and turtles.

In February 2019, four women embarked upon an unprecedented 100km stand-up paddleboarding expedition to circumnavigate Baa Atoll in the Maldives. The women, British Dr Cal Major, veterinary surgeon and founder of Paddle Against Plastic, and Dr Claire Petros, head veterinarian of the Olive Ridley Project, and Ms Dhafy Hassan Ibrahim and Ms Saazu Saeed, Maldivian ocean advocates and surfers, set off on the expedition in order to reach schools, local islands and resorts to talk about the matters of plastic pollution, ghost gear (fishing gear lost or discarded at sea), climate change and the need to protect marine life. The theme was ocean optimism, focusing on the positive solutions to these matters, and encouraging individual and community action.

The group met with prominent ministry officials before the expedition and gathered support from local and global marine conservation organisations. They ran beach cleans along the way, with the help of Parley Maldives, and interviewed important collaborators. The expedition has been made into a beautiful film by multi-award-winning photographer and filmmaker, James Appleton. Despite focussing on the Maldives, the film has a global call to action.

The team said: “We’re thrilled that the film is ready for release, and hope that it can be used as an educational tool worldwide to inform about the perils of plastic pollution and ghost gear, but also the positive things we can all be proud to do to protect these precious places. We hope it can also provide some inspiration and positivity in these times of ecological uncertainty. There is so much we can all do to help protect these magnificent places and creatures, and learning and being awed by them is the first step on the path to doing so.”

More on the Stand Up For The Seas Expedition can be read here.