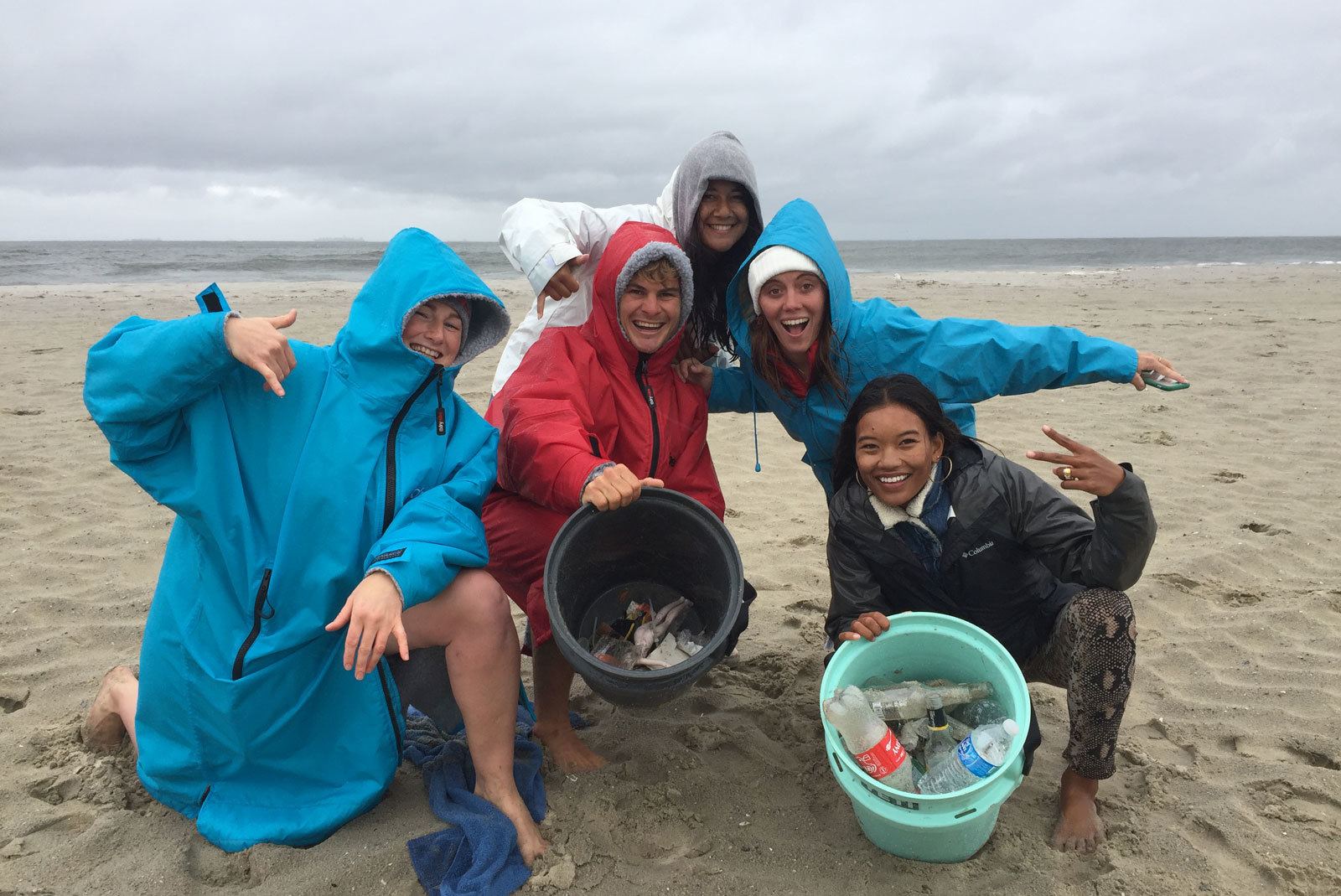 Starboard Ocean Ambassadors Cal Major and Zane Schweitzer recently took an opportunity of a lifetime to go to the APP World Tour‘s New York SUP Open on Long Beach with Dryrobe, and some of her fellow Starboard athletes, including champion eco-warrior Zane Schweitzer. The Paddle Against Plastic founder has done some pretty impressive eco campaigns like her Lands End to John O’Groats paddleboard adventure to raise plastic awareness. The British SUP eco-warrior recaps what her new mission is and what exactly it is she was doing in the Big Apple.

“For weeks I deliberated over going, unsure if I could justify flying there. My role was to run beach and canal clean-ups, screen my film Vitamin Sea at the tour and talk to people about plastic and its effects on the environment.
The issue of plastic pollution is global. We need global conversations, and so I decided to go and do whatever I can while there to talk to people about plastic. I’m so glad I did, as I learnt so much.
Watching the athletes racing was incredible. But meeting them off the water and talking to them about their passions was even more awesome.
On a lay day from the tour, I ran a SUP clean up in the canals on Long Island. Hurricane Dorian had other ideas and gave us crazy winds and horizontal rain. Still, Seychelle Webster came out to join with a grin and a positive attitude, and so did Alex, a lovely local paddler. We chatted about what kind of stuff they normally find in the waterways when out paddling. As with most places in the world, it depends on conditions and area, but they’ve fished tonnes of rubbish out of the waterways.

That afternoon was far too stormy to get out on our boards again, so we opted for a Long Beach clean up instead. I was joined by Zane, Kim and Lara and we spent an hour trailing the beach picking up stuff buried just under the top layer of sand! We found heaps of tampons and bathroom products, most likely flushed down the toilet straight into the sea. I found the piece de resistance – a bottle of stale urine. It was such a laugh, despite the horizontal rain and grim findings.
Doing something good for the planet doesn’t have to be a chore. Combine it with a sport you love like paddleboarding or hanging out with friends at the beach, and a positive attitude, and it can be a great way to feel good about your actions and to actively protect the places we love.
I was shocked by the amount of plastic being used in New York. Single-use plastic wherever we went, even if we were eating in at a cafe or restaurant. Restaurants right along the beach-front were serving plastic straws and coffee cups. Hotels would leave multiple plastic-wrapped toiletries, water bottles, cutlery and spoons for tea and coffee… one hotel had a waffle maker which used single-use plastic cups to measure the batter and were shocked when I questioned it. We had to be quick to refuse plastic bags before everything we bought was stuffed into one, or before takeaway was jammed into gross polystyrene trays. And as for drinks – even tap water was given with a straw sticking out of the top.

Now, don’t get me wrong – this is not aimed at shaming anyone or even the city of NY. If you look back 5 years to how the UK behaved with single-use plastic, we weren’t too different. Grassroots campaigns and people taking ownership of their local environments has reduced the amount of plastic we use in the UK massively. For an island nation surrounded by ocean, perhaps the connection is easier to make.
And yet New York is a city built around the sea too! All that plastic that’s being used has the potential to end up in the ocean. The banks to the Hudson, the beaches, canals, were all full of plastic, an obvious reminder of how our throwaway culture can harm the natural world.
So there’s a way to go yet in changing behaviour, and I hope I can play a small role in doing that. Watching Zane and Kim pull out their reusable cutlery for dinner, and seeing the other athletes taking note, reminded me that we all have our part to play in inspiring change amongst others, and empowering ourselves and our peers to make a difference to protect our playground.
I was reminded that we still have a very long way to go with this campaign – we can’t get complacent, and we really can’t afford to take our foot off the gas yet (so to speak… that’s a whole other conversation to be had.)
Keep fighting the good fight – together we can protect these places we love so much, that gives so much back to us. And don’t forget how important your voice is in rallying support and pressurising companies to make changes where they can.”
~ Cal