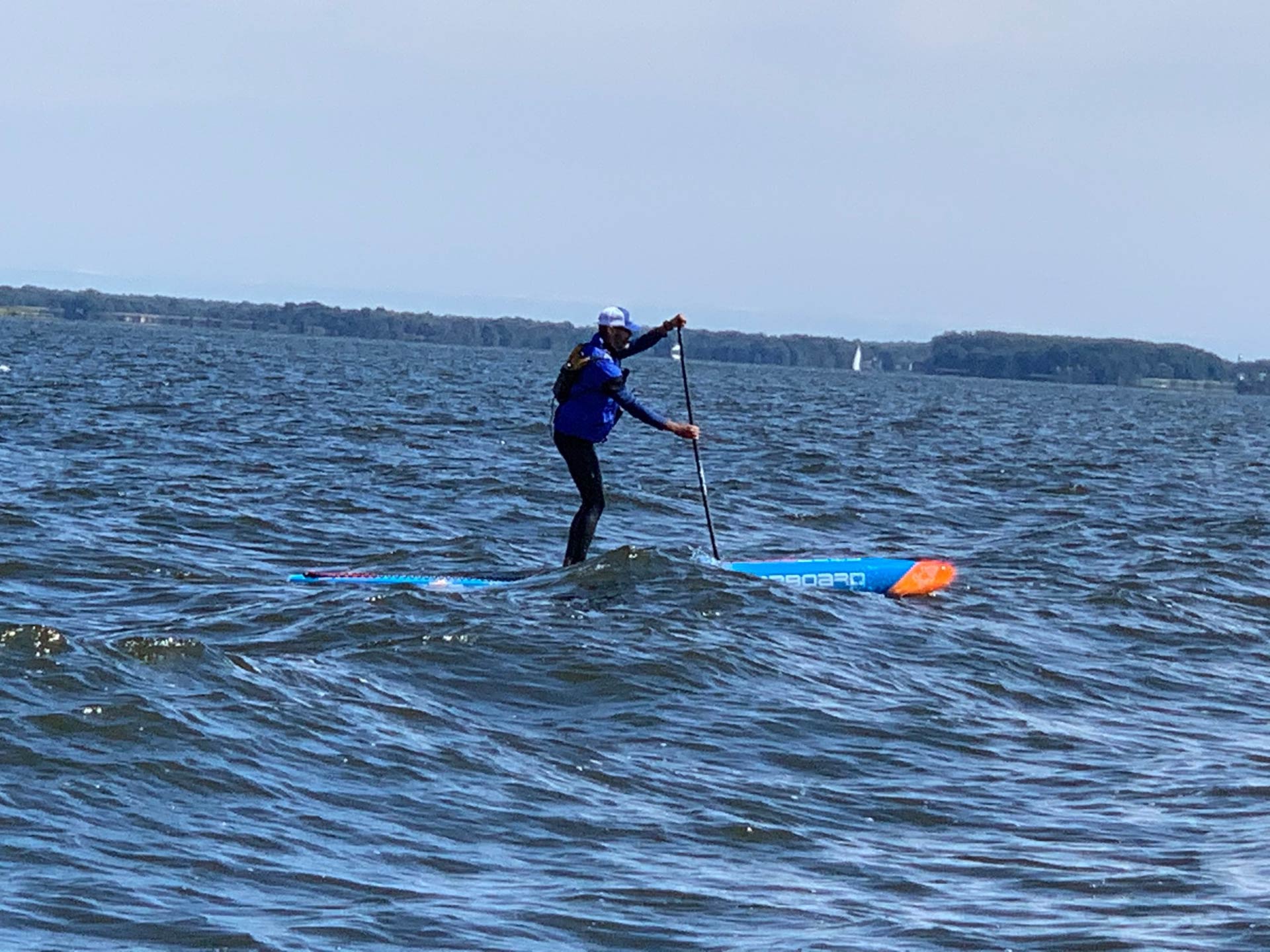 At the beginning of September, we were excitedly spreading the word about Ocean Ambassador Chris Hopkinson’s Chesapeake Bay Paddle and his mission to plant 20 million native oysters. Now we wanted to give you an update on just how he got on!

It took 9 days for Chris to complete the 240km across the Chesapeake Bay, the largest estuary in the United States. No mean feat, especially when you take into account winds of 10-15knots generating 3ft waves across the bay. Each day Chris paddled for between 7 and 10 hours, covering a mammoth 36miles on his best day. The aim, to raise money to support water filtering oysters being restored to the Bay. For every 1 million Oysters placed in the Bay, Starboard planted 1 mangrove.

Chris was well aware that paddling a marathon every day for over a week was not going to be easy. But he was still caught off guard by strong winds and unusually rough water on day one. Chris was thrown into the water 15-20 times on his first day of the Bay Paddle as he tried to find his rhythm. This, coupled with cooler than expected temperatures and no wetsuit meant that he finished the first leg of his journey hypothermic and re-thinking the whole adventure.

Despite the shaky start, Chris powered on, crediting all the amazing people supporting him from the land motivating him to get back on the board.

“I got so many text messages and emails and social media posts of people just cheering for me and pushing me and encouraging me. That’s what really made a difference for me at the end.” Chris told an interviewer from 3 News.

And it is clear that this almighty challenge has been worth the hard work and difficult conditions. So far the Chesapeake Bay Paddle has raised a massive $183k and counting (you can still donate at https://www.baypaddle.org/). This has funded the restoration of over 18million native oysters into Chesapeake Bay with the Oyster Recovery Partnership.

How Are Starboard Supporting?

If you’ve been following Blue News for a while now, you’ll know that Starboard pledged to support the Chesapeake Bay Paddle in our own way. For every million oysters restored to the bay we have pledged to plant one new mangrove tree.

Just as oysters help to filter the estuary of impurities, mangroves absorb CO2 from the air storing it in their roots and in the soil in which they grow.

We want to promote how these organisms can provide a natural, non-invasive solution to the problems facing our planet.

This Is Only The Beginning For The Chesapeake Bay Paddle

It doesn’t look like it is going to be the last we will hear of the Chesapeake Bay Paddle. Chris and the team are already planning now for the next adventure to take place in 2021. So keep an eye on the Bay Paddle Facebook and Instagram pages for more updates!

#ChasingPellets: In Pursuit of Plastic Pellets in the Mediterranean
Sep 13, 2021