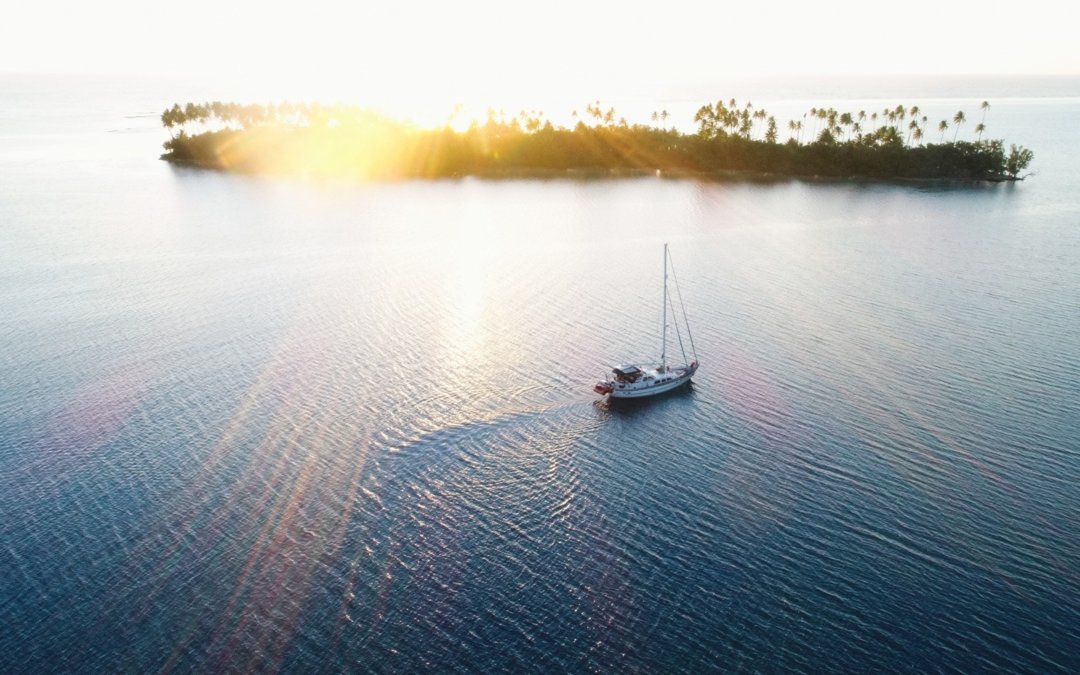 “Simply put, plastic particles are killing whales, dolphins, turtles, birds—almost every living marine creature in the ocean is affected. It’s in our ecosystem. It’s in our food chain. Therefore we, too, are literally eating plastic.

So I’ve decided to do something about it.”

Do you want to hear something that’s absolutely terrifying?
By many estimates, at the current rate in which plastic pollution is making its way into the oceans, there will be more plastics floating in the ocean than fish that are actually swimming in it.
Every year, over 8 million tons of plastic trash is dumped into the sea, which only adds to the 240 million tons of plastic that are already there.
Just how heavy is 8 million tons?
If you were to combine the weight of the Empire State Building, Eiffel Tower, as well as the Golden Gate Bridge—and then for good measure add the largest Egyptian pyramid—you’d still need to add a million tons to equal the weight of plastic that’s ending up in the ocean each year.
To Hollywood actor, Phil Somerville, who is also a surfer, sailor, and diver, that’s a threat to the oceans he simply can’t live with and decided to do something about.

That “something” is a journey called Eat Less Plastic, which along with the help of sponsors like Starboard, will spend five months sailing the South Pacific in areas that have never been tested for microplastics and other marine debris.
The mission is funded through Love The Sea, a Hawaii-based non-profit run by Campbell Farrell—himself an accomplished big-wave surfer as well as paddleboard racer. Originally from New Zealand, Farrell has spent over half his life on the Hawaiian island of Maui, and in 2008 he won the Molokai 2 Oahu paddleboard race with his tandem partner, Buzzy Kerbox.
Jeremy Stephenson, who’s credited with bringing SUP to New Zealand with his company SUPSNZ, is also joining for parts of the trip, and the Ultimate Waterman, Zane Schweitzer, is throwing his support behind the journey as one of its ambassadors.

Having departed Los Angeles in the middle of May, the crew sailed south to the Marquesas Islands before crossing to Tahiti and most recently, the Cook Islands, with plans to sail on to Tonga, Fiji, and eventually, New Zealand, where the journey will end in October.

To test for plastics, the crew has partnered with 5 Gyres and Algalita Marine Research Foundation to deploy what’s known as a “manta trawl,” which gathers a sample of ocean water and strains out any microplastics that are found within that sample.
Unfortunately, even on crossings of multiple days where the nearest land is hundreds of miles away, the crew has been harvesting pieces of plastic with every trawl they’ve deployed.

When plastic decomposes in water it never completely breaks down but coalesces into beads called “nurdles” which are then ingested by marine organisms such as fish, turtles, and seabirds.
That’s something the crew is working to educate people about during port calls between crossings, such as meeting with school groups in Raratonga or taking part in French Polynesia’s largest-ever coastal cleanup.
During that cleanup in Pape’ete (in which simultaneous cleanups also took place on nine Tahitian islands at once), Eat Less Plastic partnered with the Tahitian non-profit, Nana Sac Plastique, to fill four huge dumpsters full of trash as well as gather signatures to petition for eliminating single-use plastic bags.
When it comes to coastal cleanups (like one he did in Maui before departing for Tahiti) Farrell says that “beverage containers and straws get a lot of flak, but when you go and do a beach cleanup, every industry I can think of, whether it’s automotive, sporting, fashion, of toothbrushes, is showing up on the beach here every day…the entire world and every industry need to stop and take a look at their consumption of plastics. It’s going to take big commercial players to step up.”
Even though they’re currently in the middle of the journey and still have months ahead of them, the crew’s mission has only just begun as they’re also filming a documentary that will not only showcase the severity of this issue but illustrate how peoples of the South Pacific are intrinsically connected to the ocean, as well as offer solutions on ways that consumers can mitigate—or eliminate—their degree of plastic consumption.
Part of that footage will also be filmed with VR360 camera technology, so whether it’s students in a classroom or legislators in a boardroom, viewers will be able to live the moment that plastic is pulled from the sea, or virtually “walk” down a sandy beach that’s completely covered in plastic.

“The joy this deep blue gives me,” says Somerville, “is beyond words; it’s literally life force— I want my kids to experience what I have in this magic ocean and I knew that this would not be possible unless I stood up to the plate and made it happen.”
For more information visit www.eatlessplastic.com, or follow online @eatlessplastic

A native of New Zealand and a life-based in Los Angeles for the last 30 years has led Phil to be a citizen of the planet. Between ages 17 and 21, he visited over 30 countries.  Now based in NZ with his wife and two seaworthy children, he has dedicated his life to philanthropy, a connection to people and the Earth.  For Phil, protecting our planet for future generations isn’t just a desire—it’s a living truth.
​
A vast range of experiences across different industries has taken him from starting an empowerment program for disadvantaged kids to being part of the Hollywood dream.  His film credits include: Zero Dark Thirty, Iron Man, Captain Phillips, and Mission Impossible.
​
Phil’s true passion is the ocean.  He is a Master Diver, holding his
United States Coast Guard Captain’s Ticket.  His motivation to spread sustainability awareness and ocean conservation are unwavering.  This, coupled with belief and commitment to the cause, has led him to sail his 54ft sailboat ‘TODAY’, across the Pacific to collect data with the 5 Gyres Trawl Share program.  For 4 months,  Phil and the crew will be documenting the voyage for educational purposes to be shared in the classroom, through non-profits, and/or at global events.   As Captain of the mission, it’s one of the biggest responsibilities of his life and he couldn’t be prouder to give back to the Earth and all it provides.

Originally from New Zealand, Campbell travelled the world adventuring for 3 years after completing his apprenticeship in Carpentry at the age of 19.   Highly attracted to the challenging ocean waters of Maui for windsurfing and surfing, Campbell was in the right place at the right time to join the pioneers of big wave tow-in surfing at Peahi—otherwise known as “Jaws”. He tackled the giant waves of Peahi for more than 15 years, competing in many paddleboard races.  A highlight of this period was winning the Molokai to Oahu SUP paddleboard race with Buzzy Kerbox in 2008.
Campbell has now spent more than half of his life living in Hawaii.  He has been a part of numerous business ventures, importing and promoting prominent brands in the water sports industry, such as Mormaii and Starboard SUP.   On Maui’s North Shore, Campbell is now a partner of a successful convenient Health Food Deli, Coffee and Juice Bar called “Ku’au Store”
In 2010, during a business trip for Range Industries (a New Zealand company manufacturing shipping pallets from recycled plastic), Campbell met Captain Hayden Smith of Sea Cleaners New Zealand. Eventually, their friendship led to forming the nonprofit LOVE THE SEA and co-creating OCEAN AID Hawaii to build awareness and help raise funds for ocean minded non-profit groups who combat plastic pollution.

Kiwi waterman Jeremy Stephenson, has dedicated his life to the ocean. Whether he is catching morning waves, afternoon racing, or he’s simply paddling his kids around the rocks, every day is by the water.
When it comes to watersports, Jeremy is a force to be reckoned with.  He started racing catamarans from the age of 7 and hasn’t stopped since then.  An accomplished Bowman, he has sailed many offshore and international races, including the Auckland-Fiji, Auckland- Noumea, and Sydney-Hobart.
He’s also fondly known as The Godfather of SUP in New Zealand. Having founded the sport here in 2009 with his business SUPSNZ, he has performed at an elite level in a number of prestigious overseas and local Stand Up Paddle Race events and has clocked multiple NZ SUP titles.
These days you’ll mostly find him flying above the waves on an incredible state of the art foil surfboard, riding big waves or soaring effortlessly downwind.